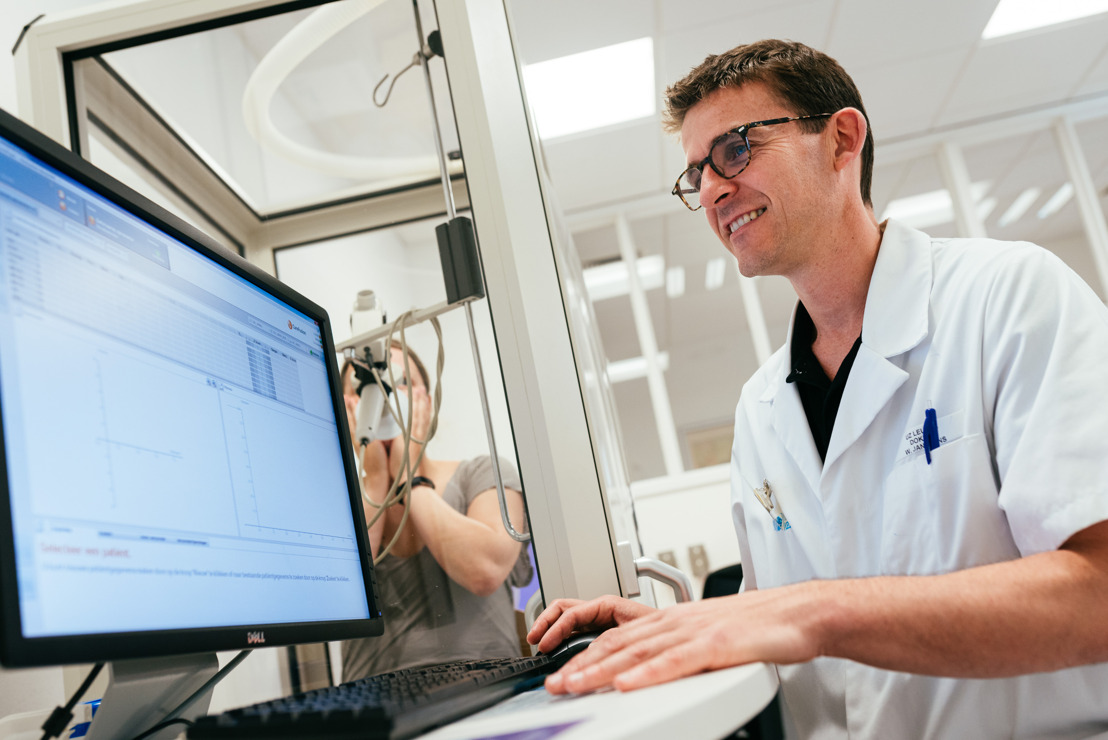 The CE marking allows ArtiQ to bring ArtiQ.PFT to hospitals in Europe. This is in line with the company's plan to deploy the technology in multiple Belgian centers in the coming months and expand internationally quickly after.

"Obtaining the CE mark is an essential milestone in following our strategy to bring ArtiQ.PFT to the market and support doctors in the diagnosis, treatment and monitoring of respiratory diseases," says Marko Topalovic, CEO and co-founder of ArtiQ, “In the next year, we will not only build the European market, but also start preparing to expand to other markets such as the US.”

Almost 40.000 patients at UZ Leuven, more to come in other hospitals

Currently, the pulmonologist interprets the test results and writes the reports according to the international guidelines. By providing an accurate description and interpretation in real time, the ArtiQ software is supporting physicians who can focus on the next steps in patient care such as patient consultation, deciding on additional tests needed, and proposing a treatment strategy.

Prof. Wim Janssens, pulmonologist and co-founder of ArtiQ, comments: "Pulmonary function tests provide extensive numerical outputs, and their patterns need to be interpreted within a clinical context to come to a diagnosis. We found that computers are about twice as accurate as pulmonologists. At UZ Leuven we already used the technology on close to 40.000 patients, the CE mark will now allow other hospitals to access this powerful software as well."

With its cloud-based technology, ArtiQ.PFT can be coupled and synchronized with electronic patient records or directly linked to PFT machines. Upon testing their patients, pulmonologists and other clinicians can receive an automatically generated report in their patient files.

Learn more at the annual Congress of the European Respiratory Society in Madrid, 28th of September - 2nd of October.

ArtiQ is a spin-off company from the KU Leuven dedicated to supporting doctors in the diagnosis, treatment and monitoring of respiratory diseases. The company was founded early 2019 by four committed founders with an extensive history in respiratory medicine, medical devices, and artificial intelligence. The startup is part of Start it @KBC, the largest accelerator for startups in Belgium. ArtiQ closed its seed financing round in June 2019. The investors are KBC Focus Fund, the KU Leuven Gemma Frisius Fund, University Hospitals Leuven and private investor Bart Swaelens.