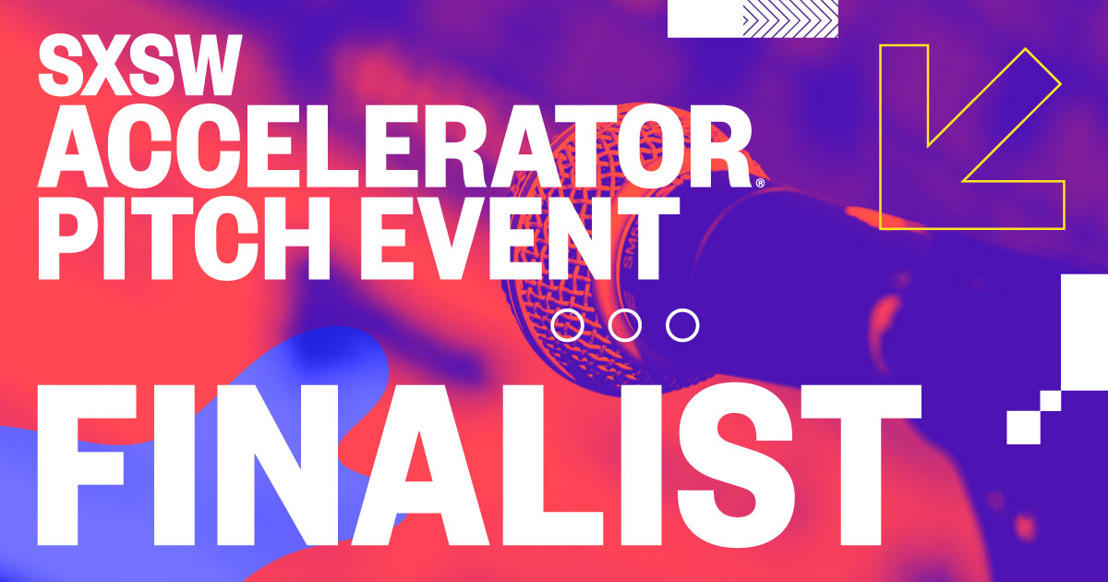 Wednesday, January 25, 2017 — Brussels - MuuseLabs' Jooki product - an award-winning, figurine-controlled WiFi speaker that enhances play and develops children’s independence and imagination, away from screens - was selected as a finalist in the Entertainment and Content Technology category for the ninth annual SXSW Accelerator competition.

The accelerator is the marquee event of South by Southwest® (SXSW®) Conference and Festivals (March 10-19, 2017) Startup Village®, where leading startups from around the world showcase some of the most impressive new tech innovations to a panel of hand-picked judges and a live audience. Out of the more than 500 companies who applied to present at SXSW Accelerator, MuuseLabs was selected out of 50 finalists in ten different categories.

The two-day event will be held the first weekend of SXSW Conference and Festivals, Saturday, March 11 through Sunday, March 12, on the third floor of the Downtown Austin Hilton. The pitch competition will then culminate with the SXSW Accelerator Awards Ceremony on Sunday evening, March 12, where winning startups from each category will be announced and honored. The Accelerator competition will feature finalists across the following ten categories: Augmented and Virtual Reality, Enterprise and Smart Data, Entertainment and Content, Health and Wearables, Innovative World, Payment and FinTech, Security and Privacy, Social and Culture, Sports, and Transportation.

MuuseLabs will present alongside four other companies in the Entertainment and Content Technology category on Sunday March 12 at 3.30pm.

“I believe that everyone, including all kids should be able to enjoy the freedom and joy of music,” said MuuseLabs' CEO Théodore Marescaux. “I am very excited with Jooki's selection for the SXSW Accelerator finals, it is the ideal event to showcase how we blend technology with simplicity to bring the magic of music to all.”

Jooki is a music player with a simple, intuitive user interface for all ages that works much in the same way as the Amiibo or Skylanders. Jooki is a standalone jukebox that plays from on-board storage and also a wireless speaker that streams from the phone or the cloud. For parents who worry about handing a tablet or smartphone to their child to listen to music, Jooki is screenless device encouraging kids to use their imagination to listen to music rather than look at a screen. Jooki is kid friendly and easy to use. To play music, children place a Jooki Star on top of Jooki to hear the playlist assigned to that Jooki Star.

Jooki can directly stream music via WiFi from an internet radio station or from services such as Spotify or Deezer. To create a specific playlist for traveling, dancing or bedtime, place a Jooki star on top of Jooki, use a laptop or the companion Jooki app to drag and drop files from an iTunes library or a cloud source and assign a playlist to the Jooki Star.

To save parents from listening to the same tune for hours on end, Jooki sports a headphone jack, a Bluetooth connection for those modern headphones and has expandable storage to hold 1000+ songs for offline play. Take Jooki anywhere and listen to music from high quality speakers at a sleepover party, on the way to school, Grandma and Grandpa’s house or even outside in the park. Jooki has 8 hours of battery time for those hours away from home and designed to withstand daily wear and tear. Jooki is sturdy and spill proof for active kids.

MuuseLabs is part the Start it @kbc accelerator which supports innovative and scalable entrepreneurship.

“SXSW Accelerator has hosted some of the most innovative startups over the eight years we’ve held our competition. These companies have gone on to capture the attention of investors and leading technology companies worldwide. 71 percent have received funding in excess of $3.1 billion, while 14 percent were acquired,” said SXSW Accelerator Event Producer Chris Valentine. “Out of the hundreds of applicants, we have identified 50 finalists to present. Everyone with SXSW Accelerator is proud to support startups that are on the forefront of solving some of today’s biggest challenges through technology.”

For more information about SXSW Accelerator and to view the complete list of finalists, visit the following site: http://www.sxsw.com/interactive/awards/accelerator.

About MuuseLabs
MuuseLabs is a family tech and media IoT company founded in October 2014 by three geek dads, formerly with Google, Huawei and Barco. Jooki has been launched in 2016, won the ACE Creative Challenge at the Creative Business Cup in October 2016 and has been awarded Best in Family Tech at CES 2017 by GAMbIT mag. MuuseLabs is a member of the Hardware Club, the first exclusive club for hardware startups around the world. Funded by SRIB and ST'ART, MuuseLabs is also part of Start-it @kbc, the largest start-up community in Belgium. The company is advised by Alan Munn, former SVP, Hasbro and former CEO, Tomy Europe.

About SXSW
SXSW dedicates itself to helping creative people achieve their goals. Founded in 1987 in Austin, Texas, SXSW is best known for its conference and festivals that celebrate the convergence of the interactive, film, and music industries. The event, an essential destination for global professionals, features sessions, showcases, screenings, exhibitions, and a variety of networking opportunities. SXSW proves that the most unexpected discoveries happen when diverse topics and people come together. SXSW 2017 will take place March 10-19, 2017.