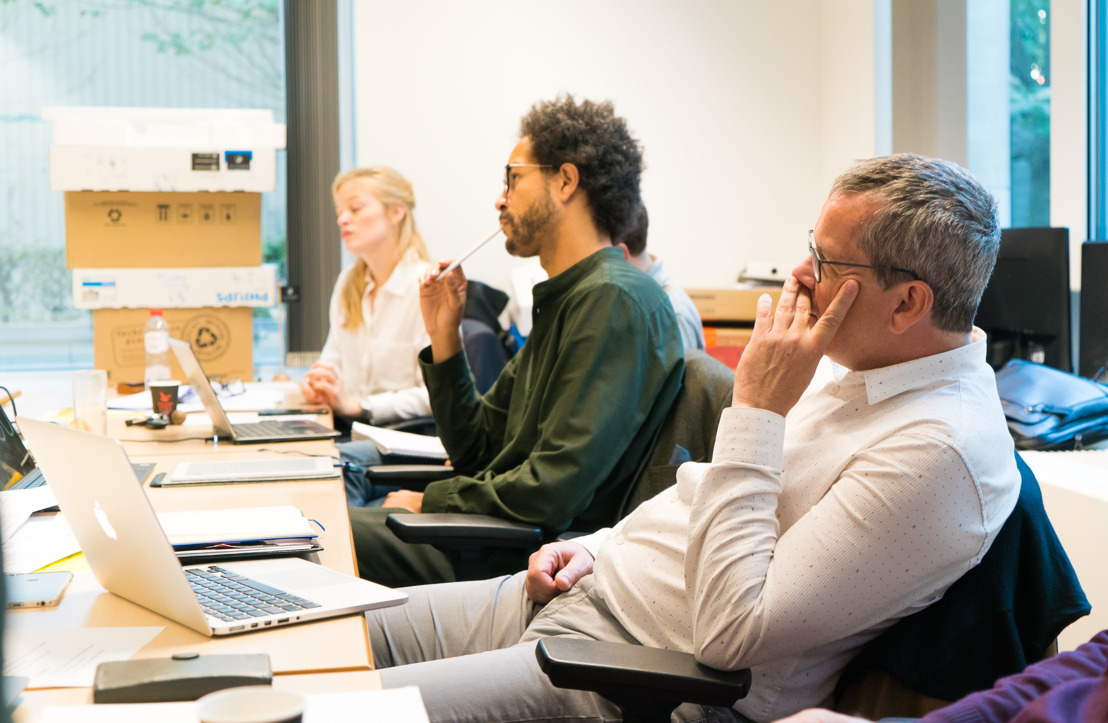 Brussels -  Start it @KBC, the country’s largest start-up community founded almost five years ago, will mark its fifth anniversary with a new record. For this time around, no fewer than 207 start-ups submitted an application to join the accelerator programme, 65 of which were retained today after a live pitch in front of the jury. As such, it is Start it @KBC’s most successful pitch wave ever. Both in terms of total numbers and in terms of female entrepreneurship that is clearly on the upward march, there can now be no denying that Belgium is and remains a genuine B2B hub.

Start it @KBC has now been around for five years and today completed its 16th intake of new start-ups. With a record-breaking number of candidates vying for a place in the country’s largest accelerator programme, we have extrapolated five main trends currently dominating the start-up world.

1. Start-ups not just a hype
The number of start-ups in Belgium continues to grow, year after year; a clear indication that the success of previous start-ups has an inspirational effect on new entrepreneurs.

“Whoever says start-ups are just a hype, hasn’t been paying attention these past few years,” says Start it @KBC Founder, Lode Uytterschaut. “For start-ups are not only increasing in number but also in quality, while founders themselves are getting better at getting their core message across. At Start it @KBC, we devote a lot of attention to pitching ideas and business models, an approach we intend to further reinforce in the future.”

It is worth noting that Start it @KBC’s new, larger facilities in Brussels and Kortrijk have also had a positive effect on the number of candidate start-ups. It will be interesting to see whether this will also be a factor in Antwerp, where Start it @KBC recently moved into The Beacon (Tolhuis) and in Ghent where a new, larger hub is set to open its doors in November 2018.

Start it @K&H, the hub in Budapest, has also succeeded in attracting more start-ups to its fledgling programme, with double the number of start-ups participating in the recent pitch wave: up from 15 to 30.

2. Brussels is confirmed as a startup city
One third of the start-ups that survived the first selection round at Start it @KBC are based in the capital. “It may have taken a while, but the enormous potential of Brussels is becoming increasingly manifest,” says Anna Thomlinson, Managing Director of Start it @KBC. “And it’s not just the number of start-ups that is on the rise but also the degree of diversity amongst founders. This time around, we saw founders of all kinds of nationalities: from Mexico, India, China, the UK, Bulgaria, Italy, Germany, France,...”

3. Female founders on the rise
Exactly one half the jury who today evaluated the start-ups’ pitches at Start it @KBC consisted of female entrepreneurs and experts. And not by accident. “Year by year, we note a steady increase in the number of female applicants. But we still have a long way to go,” tells Anna Thomlinson. “The field of venture capital, for example, remains very much a male-dominated world, which invests predominantly in male founders. In order to break this vicious cycle, we made sure that for this pitch wave, the ratio of male to female members of the jury was in perfect balance.”

35% of the latest batch of start-ups has at least 1 female founder. During the previous pitch wave at Start it @KBC, the figure was only 28%.

4. Belgium a predominantly B2B country
Productivity solutions for SMEs (process optimisation, business software, etc.) are popular amongst start-ups. “Belgium is and remains a genuine B2B country,” affirms Lode Uytterschaut. “The market for B2C is relatively small and, what’s more, is split into two separate language groups, which makes marketing and sales even more complicated.  SME’s and large corporations, on the other hand, are very open to products and services delivered by start-ups, which means the latter can often gain traction in the B2B market very quickly.”

Over the past few months, Start it @KBC has been calling for submissions from govtech and healthcare start-ups. In order to give the Belgian healthcare sector an injection, the accelerator recently formed a partnership with Pfizer. And in order to make sure that Brussels is to govtech what London is to fintech, Start it @KBC has begun talks with (inter)national and local governments who can open up new avenues for its start-ups. And those efforts are already bearing fruit, because both healthcare and govtech have risen to the top 5 most popular sectors within the Start it @KBC community.

5. Intrapreneurship on the rise
The Corporate Incubation Program (CIP) which Start it @KBC launched at the end of 2017 to foster greater intrapreneurship is starting to reap rewards: proving that the best ideas often come from a company’s own employees. The first corporation to send teams to the accelerator was EDF Luminus, followed by KBC. Those teams were given the task of stimulating internal innovation and reinforcing the start-up culture within their respective companies. Of the eight initial CIP teams, at least one promising start-up will be accelerated within the Start it @KBC programme after this pitch wave.

Work hard, play hard. Start it @KBC’s fifth anniversary will not go unnoticed! Mid 2019, we will be celebrating this milestone with a big start-up party. Keep an eye out for your personal invitation!