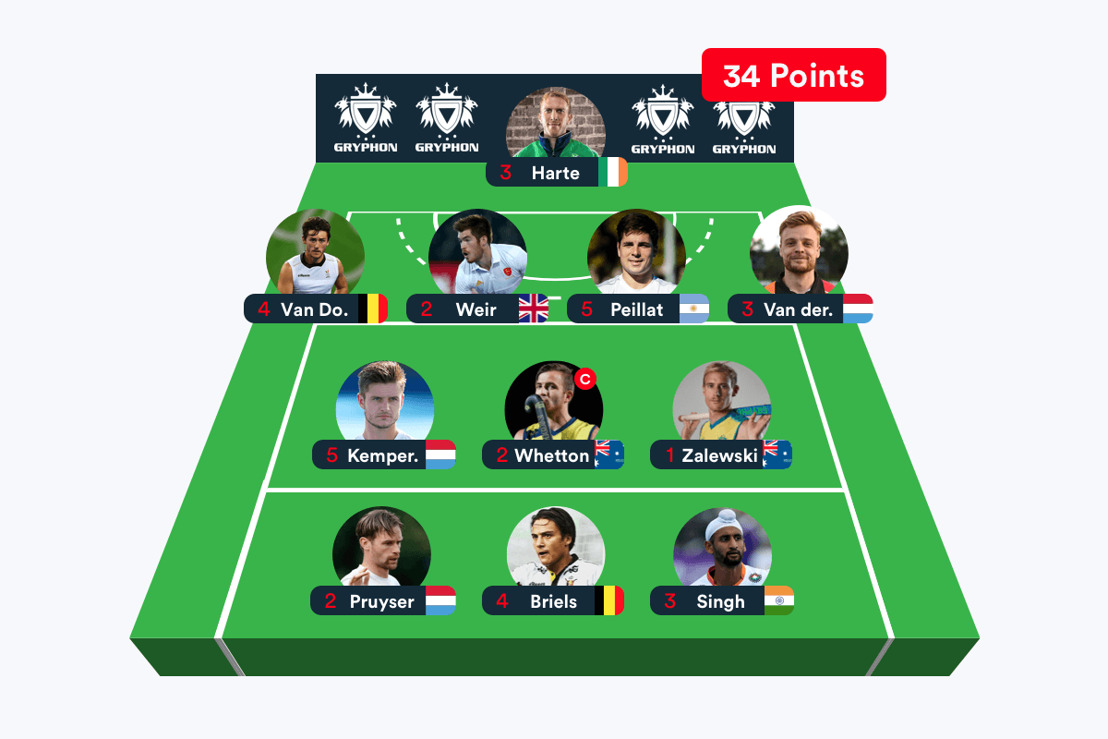 Friday, November 16, 2018 — Scorrd, with the support of GRYPHON and Fan Arena (provider of fantasy sports software), has launched the first Field Hockey Fantasy league ever. The game will allow fans to engage on a complete new level of entertainment as they pit their wits against colleagues and friends.

The Scorrd Fantasy League is based on the next Hockey World Cup, hosted by the International Hockey Federation in India (Bhubaneswar) from November 28th until December 16th.

Fantasy users are able to pick their dream team among all the World Cup hockey players. With a budget of $100M you can pick 11 players that will become your World Cup dream team. Spend the budget as you like but keep in mind you need a balanced team.

Your score will depend on your players’ performance on the real-life matches in Bhubaneswar. The scoring criteria include: type of goal (field goal, pc goal, stroke goal), team result, cards, goals against,… The best 3 players of each team will receive a bonus; and so does the player you have chosen as your fantasy team captain (x1,5). Every user will have the chance to transfer 2 players after every round. If some of your players are underperforming they can be transferred and you can get new ones.

Be the best manager you can be, as the winner of the Scorrd Fantasy league will get an amazing price! 2 years Gryphon sponsorship package for the winner!

By creating a personalized mini league (club, team, friends, brand), you can invite all your hockey friends and discover who is the best manager.

Compete against Whetton (AUS), Weir (ENG) or De Kerpel(BEL) and win a 1 year Gryphon Sponsorship!
Do you think you know more about hockey than Whetton, Weir, de Kerpel or other Gryphon stars? Prove it by joining the GRYPHON official mini league. Compete against the Fantasy teams created and managed by the best Gryphon ambassadors, the winner of the Gryphon league will win a 1 year Gryphon sponsorship package! What are you waiting for? Join the Scorrd Fantasy league on scorrd.com/fantasy

About Scorrd
Scorrd is a social network and a transfer market place focussing on hockey players, coaches and clubs at any level worldwide. Both professional and recreational members can create a profile and share their experience and their interests to the international hockey community. Find out more information and register on www.scorrd.com.

About GRYPHON
Since its origin Gryphon has been influential in the progression of stick manufacturing. Fast-forward over 30 years and the brand is still pushing the limits in a dynamic global market, proudly displaying its Australian heritage. Find out more information on www.gryphonhockey.com.

About Fan Arena
Fan Arena is a provider of fantasy sports software, one of the most powerful tools in the fan engagement stack of media companies, sports leagues and communities. Fan Arena also creates fan-centered mobile apps and chatbots.
Check out www.fanarena.com and the blog with insights on topics like fantasy sports and fan engagement.