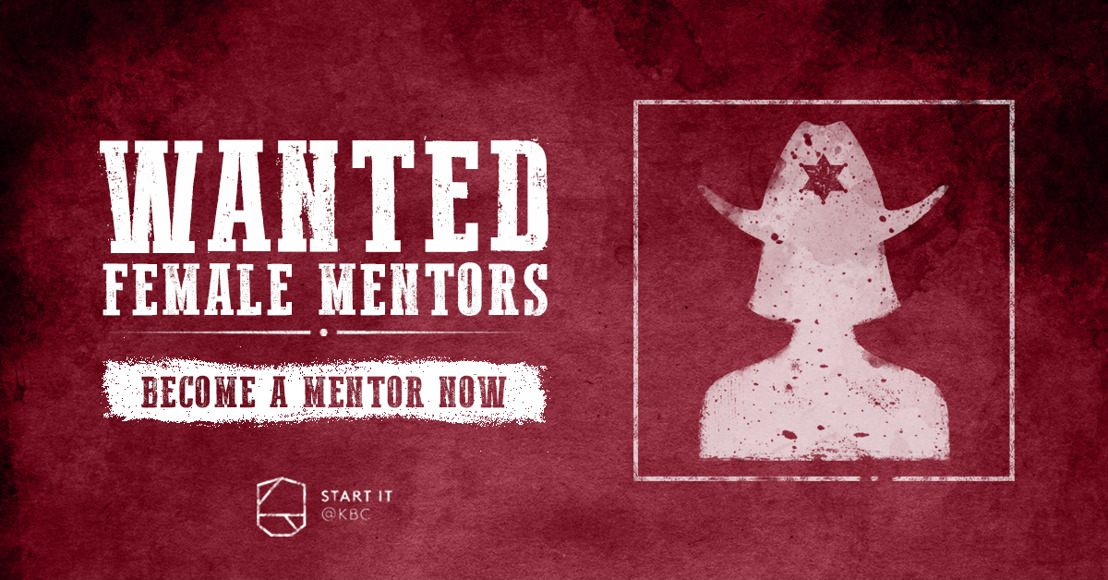 Friday, November 9, 2018 — On Belgian Women’s Day (November 11th) Start it @KBC launches a brand new campaign to boost female entrepreneurship. Together with Telenet Kickstart, the biggest accelerator in the country calls on female entrepreneurs and experts to apply as a mentor and/or jury member. “One of the biggest issues that female founders cite is the lack of role models. With this appeal, we not only want to boost the number of ‘female’ start-ups, we also want to guide and surround the founders even better to have their start-up scaled.”

In the last few years Start it @KBC has already put a lot of effort in to boost female entrepreneurship. “As a structural partner, Telenet Kickstart is happy to support our initiatives”, says Ineke Rampart, Director of Corporate Affairs at Telenet. “We notice that the number of female founders is on the rise, but start-up entrepreneurship still too often only appeals to men. Nearly four-fifths of the start-ups in the Start it @KBC ecosystem are 100 percent male, and that is not good. There is an urgent need for a catch up.”

Over the past few months, Start it @KBC conducted a survey among female founders, and the accelerator also organized a round table with start-ups, established entrepreneurs at large companies and several investors. One of the greatest problems that emerged was the shortage of female role models.

Anna Thomlinson, managing director at Start it @KBC: “A lot of female founders indicate that they have gained a lot from the experiences and advice of female entrepreneurs who are already more experienced than they are. Female entrepreneurs who have already taken the course they are starting on, and can point them to the pitfalls and the opportunities along the way. These role models are currently insufficiently present. Not only in the media and in the public debate, but also in our own community. Due to our efforts, we had as many female and male judges at the final pitch wave to judge the start-ups, but only 14 percent of our mentors are women.”

Campaign for mentors and jury members

On November 11th – Women’s Day – Start it @KBC launches an action that calls on female experts – entrepreneurs, but also employees of companies – to apply as a mentor or jury member. During a Webinar – preceded by a striking campaign on social media – female mentors will testify, and candidates can ask them all kind of questions. Start it @KBC asks all its strategic partners to delegate at least three female mentors and/or jury members.

Start it @KBC has also created vacancies to clearly define the role of a mentor and jury member in the community. “We notice that quite a few women absolutely have the experience and the qualities to be fantastic mentors, but they have cold feet”, explains Anna Thomlinson. “They fear that the mentorship will put too much of a claim on their already busy lives. That is why we want to explain in advance and as clearly as possible what we expect from them, what effort it will demand, but also what they will get back in return.”

Start it @KBC combined the conclusions and the ideas from the survey and the round table into an extensive whitepaper. The accelerator will get started in the coming weeks and months with a number of recommendations.

But with the whitepaper, Start it @KBC also wants to go to other organizations and companies, to join forces. “As the biggest accelerator we have a social and economic role to play”, emphasizes Lode Uytterschaut, founder of Start it @KBC. “But we are not going to boost female entrepreneurship on our own. In our survey, 6 out of 10 female founders indicated that they were already faced with discrimination, which is a social problem and a challenge that we need to tackle together. With Start it @KBC we want to be the glue between all these actors who are already working hard to convince women to take the step to entrepreneurship.”